Posted on 10.05.2022 - 09:50 by Yunci Cai
This project presents the cultural documentation of the Lotud mamanpang, a form of ritual poetry that not only outlines the Lotud creation myth and provides an oral record of the historical past, but also prescribes the religious formula for patterns of proper human behaviour to maintain a harmonious relationship between the human world and the spiritual realms. Numbering about 20,000 people, the Lotud Dusun is an Indigenous community who resides in the Tuaran District of Sabah, East Malaysia. The Lotud mamanpang forms the foundation of the Lotud customary law that is recognised by the Native Court of Sabah which is still practised in Sabah today. The Lotud mamanpang is expressed in the form of the rinait, which is a unique genre of poetic oral tradition made up of paired lines with identical meanings, the first in everyday language and the second in ritual language. The rinati is customarily passed down orally by Lotud ritual specialists, who would memorise the rinait as part of their strict training and recite sections of the rinati during ritual ceremonies. With the demise of the Lotud ritual specialists and the conversion of many Lotud to Christianity or Islam, both of which discourage animistic religions, knowledge of the Lotud rinati, belief system and customary practices are gravely endangered. Presently, there are fewer than 20 living Lotud ritual specialists, and such customary knowledge will disappear with the demise of these specialists unless actions are taken to safeguard them.
The Sumalud is a ritual ceremony for healing among the Lotud Dusun of Tuaran, Sabah, that contains the rinait or chanted ritual poetry of the mamanpang, the Lotud creation myth. The rinati tells of how their Creator Kinohoringan and his wife Umunsumudu emerged from a large round stone floating in the air, before the existence of the universe and others in this world. It then narrates their existence from this ‘birth’ to their growth into adults, as well as their involvement in the healing process of this ritual ceremony, and their return to the place of their family residence in the clouds. The story of the mamanpang exists in several forms, namely in the Sumalud healing ritual ceremony and the inauguration ceremony of a new house called Mohlukas. In these two ceremonies, the same rinait is uttered, but they differ in their purposes and processes.
This cultural documentation project outlines the rinait recited by ritual specialists during the Sumalud ritual ceremony, which takes two days and one night to complete. Each section of the Lotud mamanpang has its own detailed purpose and process. Some sections of the mamanpang can be repeated many times during such ritual ceremonies to strengthen the healing process further, depending on local contexts or needs. Recital of the full Lotud mamanpang can last up to seven days and seven nights with the inclusion of these repetitions. The video files presented in this collection have been edited down to remove repetition of the rinati used in the Lotud mamanpang. 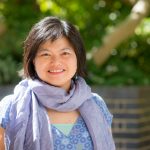